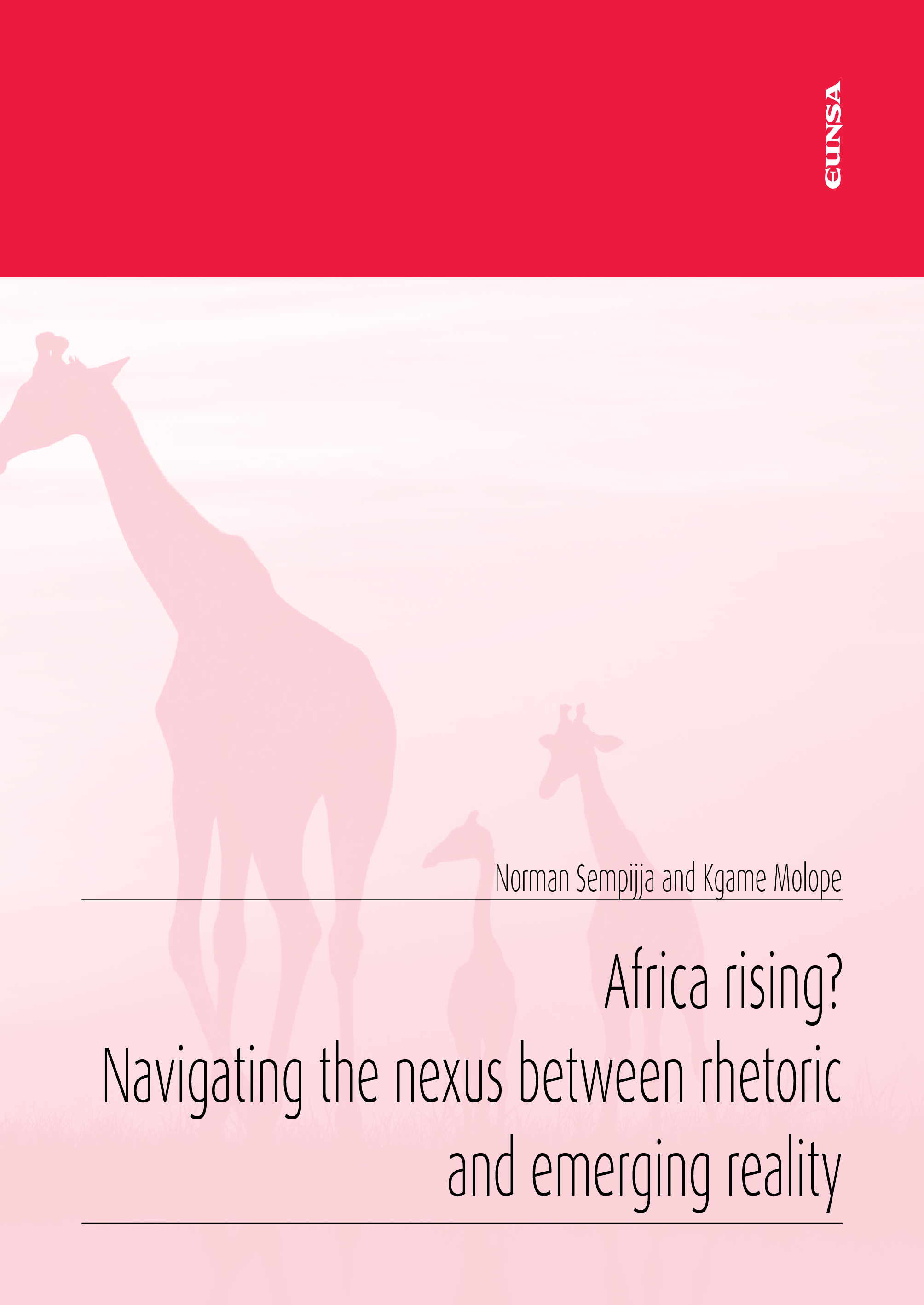 Africa rising? Navigating the nexus between rhetoric and emerging reality

The chapters in the book highlight the increasing and perhaps problematic conversation in the international political arena of the Africa arising narrative. The bookprovides a critical insight in the political, IKS, security and economic nuances generated by the Africa rising conceptual predilection. Navigating from it most mundane to the ephemeral, the chapters capture in a critical and persuasive fashion the meandering contours of the changing reality of Africa in the twenty-first century. It draws on a good mix of case studies and theoretical explanations making use of relevant literature. Dr. Nicasius Achu Check Senior Research Specialist, Africa Institute of South Africa A research Institute within the Human Sciences Research Council
The book cuts a path through the discourse on Africa rising very well and contributes something of value to the debate. The strength of the book lies in the deployment of data making it largely evidence-based and led. The volume adds value to the study of Africa through its generation and should act as a building block for further volumes until Africa is comprehensively covered. Prof. Stephen Chan OBE School of Orient and African Studies United Kingdom